On to State B

The Minot Auditorium was filled with maroon and gold Thursday night as the Kenmare Honkers played the Westhope-Newburg Sioux for the Region 6 girls basketball title. 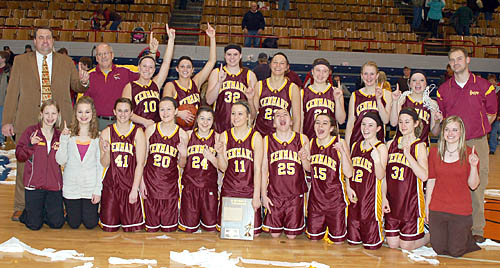