For several weeks through the volleyball season, Kenmare’s junior middle hitter Katie King carried around a small slip of paper she received in a fortune cookie after a meal she and senior defensive specialist Meghan Essler enjoyed at Ying Bin restaurant. Before breaking the cookie open, the two of them joked about a fortune predicting Kenmare would defeat Hazen in the Class B state volleyball tournament. 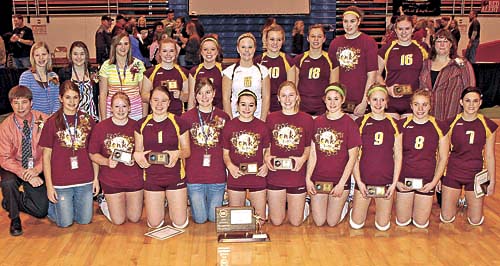 North Dakota Class B state champions -- for the second time in three years!!