Honkers on their way to fourth straight State B Volleyball appearance

The North Dakota High School Activities Association lists 111 teams participating in the 2009 season for Class B volleyball. Eight of those teams are still holding practices this week in preparation for the state tournament that begins tomorrow. For the fourth consecutive year, the Kenmare Honkers (41-3) are among those elite eight teams, after clinching the Region 6 championship in a battle with Our Redeemer’s Christian School last week. 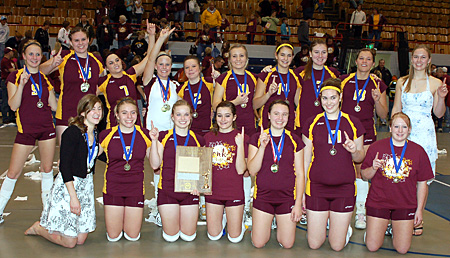