While fans may be replaying Kenmare’s Class B state volleyball championship match against Hazen over and over in their minds this week, the Honkers had to win two other matches to advance to the title round. 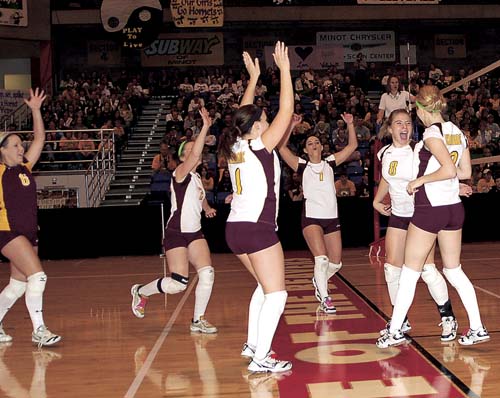 The Honkers celebrate a point in the semi-finals match against Linton.
Kenmare swept the Lions 3-0.