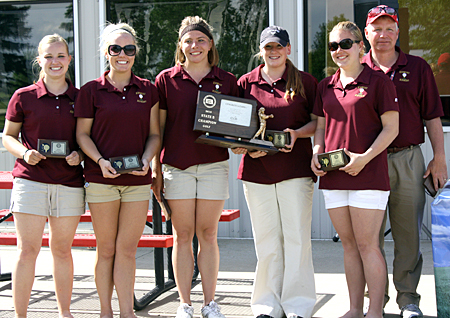 2010 Class B state golf champions . . . After improving their finish from
8th to 4th to 3rd during the past three years, the Kenmare Honkers girls
golf team won the 2010 Class B state touranment at Jamestown with,
l-r, Meghan Essler, Macie Harris, Ashley Barnhart, Alix Kling,
Brittany Harris and Coach Jerry Essler.