Work on the Northwest Area Water Supply (NAWS) project is rolling along this summer, but an order issued by the federal court in March has potentially extended the completion of the entire pipeline and treatment system by two years. 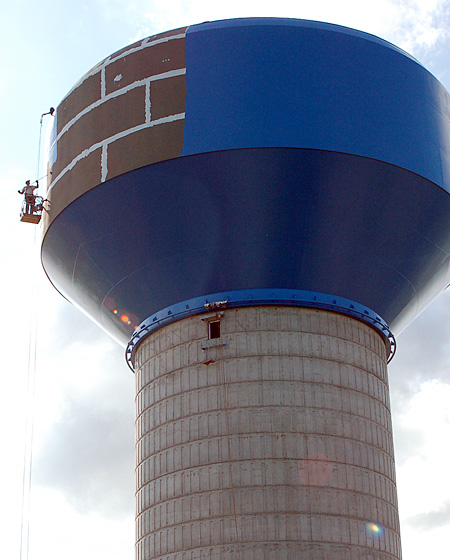 Work continues on NAWS tower . . . A worker hanging
on the south side of the NAWS elevated, one million
gallon water storage tank paints on a blue protective
coating Monday. The $1.84 million, 125-foot tall tower
is located two miles east of Kenmare