Kenmare girls are 6th at State

After an absence of 20 years, the Kenmare Honkers girls basketball team returned to the Class B state tournament, claiming 6th place in the 2009 event held at the Alerus Center in Grand Forks. 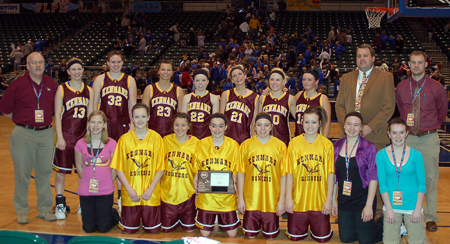