Baptist Home of Kenmare administrator Karen Schwartz rattled off a list of adjectives to describe Jodi Benge of Bowbells, the facility’s activities director. “She’s caring, compassionate, fun-loving and dedicated to the residents,” said Karen. And tonight at the North Dakota Long Term Care Association’s annual awards banquet in Bismarck, Jodi will be recognized as the best in the state at what she does when she accepts the 2010 Activity Professional Award of Excellence. 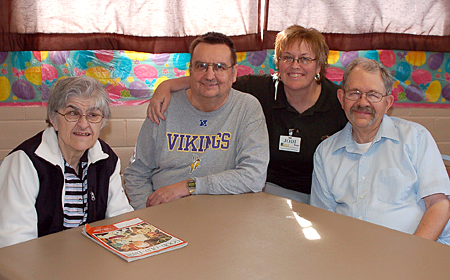