Kenmare artist Jane Kalmbach is starting the New Year with a new venue for her paintings, as the featured artist in the offices of Governor John Hoeven and First Lady Mikey Hoeven. 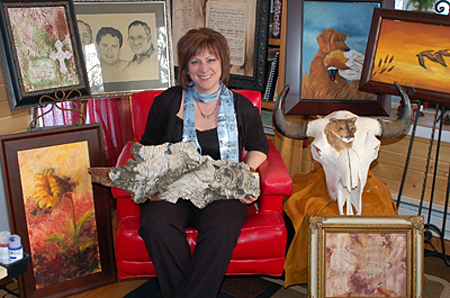 Painting for the Governor's office . . . Kenmare artist Jane Kalmbach shows
some of the art she will exhibit in the offices of Governor John Hoeven and
First Lady Mikey Hoeven for the next three months, through a program
coordinated with the North Dakota Council on the Arts. Kalmbach's display
includes charcoal, pastels, oils acrylics and mixed media works.