Bombers return to State B tourney

Bishop Ryan fans started the Region 6 championship game with a roar Thursday night, but the Berthold Bombers tamed their Lion opponents and crowd with a focused performance on the court. Six minutes into the first quarter, the Bombers left no doubt who controlled the game’s tempo and action, and by the final buzzer the defending Region 6 champs still reigned, topping Bishop Ryan 50-30. 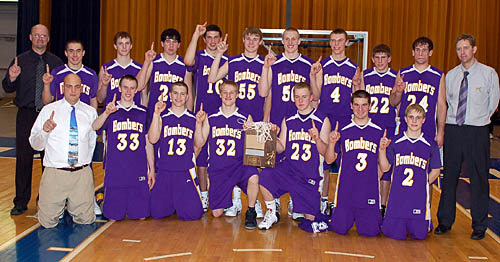