Sixteen juniors and seniors taking the Natural Resource Conservation class at Kenmare High School have also been trained as wildland firefighters this quarter. 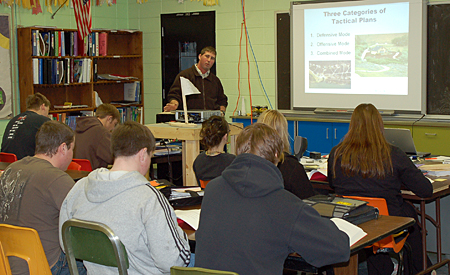